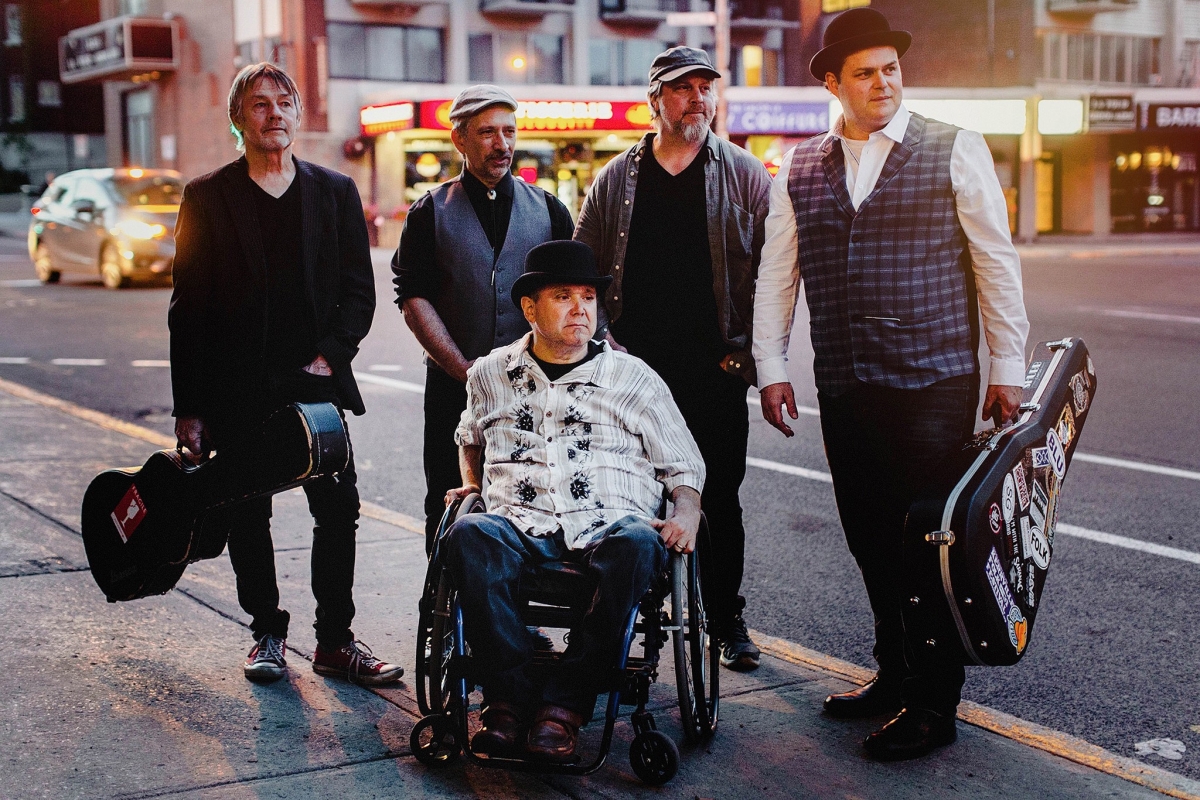 Happy New Year folks! This month, we are deviating from our last-Friday-of-the-month habit to bring you a great show on the 24th!

Spread the word to those you know that this will be a lot of fun and sooner than you think!

The Durham County Poets are a lively, soulful group who write and perform an eclectic blend of roots music including blues, gospel and folk. With three acclaimed albums under their belt they just released their 4th album. HAND ME DOWN BLUES  released September 2019  is a dedicated “Blues” album with original compositions and well chosen covers. This time they teamed up with acclaimed producer Bill Garrett  and the album is getting well deserved attention. It’s on several  Best of the year lists and is charting nationally on satellite and community blues radio. To top it all off, the band have received their first Maple Blues nomination as Best New Artist or Band for 2019.

They are five working musician/ songwriters working individually and collaboratively. Their obvious joie de vivre is reflected in the good times audiences have consistently felt since their 2011 début.  Kevin Harvey, confined to a wheelchair since 1981, is the lead vocalist and with the help and support of his bandmates Neil Elsmore (slide guitar), David Whyte (lead guitar), Carl Rufh (bass) and Rob Couture (drums) he has led  the band on countless tours across Canada and the US,  performing at festivals, clubs, dives and even castles!

Listen to their latest album on Bandcamp here:

Or on iTunes here

Daniel Mckell has been writing songs, singing, and living in the country outside of Montréal for most of his life.

He has led and played in many bands but most notably as a guitar picking, kazoo tooting tenor in award winning string band Lake of Stew.
His own music has been touted as a kind of ‘kid’s music for adults’. Thus, making it vastly appealing to people of all ages. On stage, he is noted as being entertaining and eclectic, often involving audience participation and last second choral arrangements. All without shying from heart felt quieter moments of introspection and reflection.

His latest recording Calliope Mountain was released in the fall of 2018.

Have a listen to Daniel here:

Tickets $10 on sale at the door

This site uses Akismet to reduce spam. Learn how your comment data is processed.