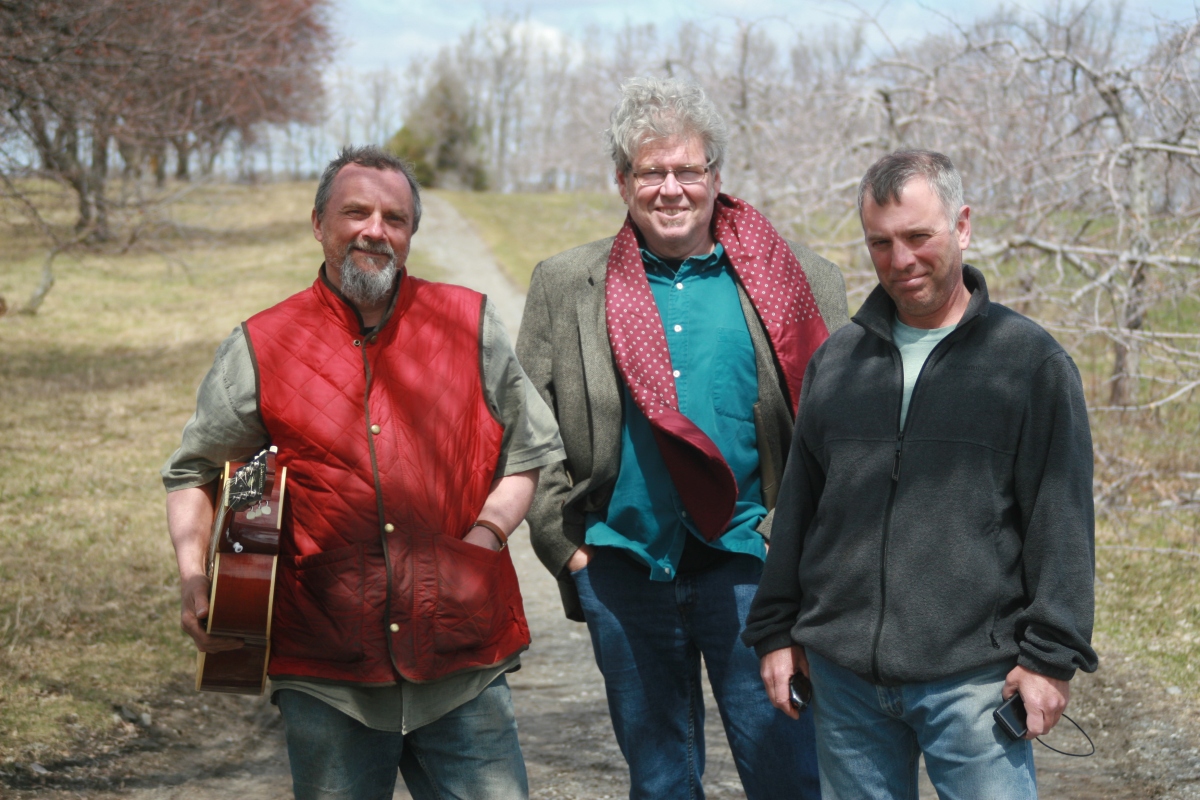 As one of the performers has contracted COVID, we will have to cancel this show and hope we can have them all back later this season.

Please take care of yourselves and hopefully we will see you all in November!

Bill, Mike, and Glenn, veteran Sainte-Anne-de-Bellevue musicians, are well known for contributing to local events such as La Fête Nationale festivities, The Solstice Jam, The Garlic Festival, as well as numerous square dances.

Bill & Mike first started playing together in the Lemon Band, a folk trio formed in the late 70’s. The Ministry of Truth followed in the 80’s playing funky late night dance music. The last few decades have seen an interest in celtic music and with the addition of Glenn Roy, they formed a trio that has played jigs and reels for the square dancer as well as performing at various parties, fundraisers and concert settings.

A favourite event is the annual Solstice Jam, held every holiday season to raise funds for the Sainte-Anne food bank. Luke Gossage-Bleho joins the band for these shows and preparation for these concerts has contributed to the evolution of the band’s style, weaving songs of many styles with jigs and reels – and trombone solos!

Country bluesmen Kevin Harvey and Kenny Pauzé have been performing at festivals, coffee houses, and blues joints with authentic, heart-felt blues singing, harmonica, roaring National slide guitar, and rafter-shaking foot stomps. These guys do it all! Their music echoes the Mississippi bluesmen of the past with a touch of today’s feelings. Kevin and Kenny have turned Delta/Country Blues standards into their own.
They play old blues standards as well as some gospel tunes plus their own acoustic blues. If you’re a fan of old school, bare bones Delta Blues at its very finest, you’re going to love Clarksdale Moan!

Have a listen to them here:

This site uses Akismet to reduce spam. Learn how your comment data is processed.